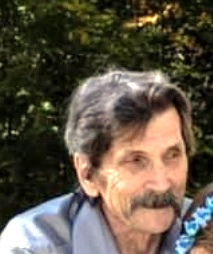 A service summary is not available

Ashburnham:  Dwight  A. “Andy” Anderson Jr. ,74 of Ashburnham, MA passed away peacefully at his residence with his family at his side on Wednesday, February 23, 2022, after a 4 year battle with Cancer.

Andy was born April 12, 1947 in Fitchburg , MA son of Dwight A. and Annette E (Caron) Anderson Sr. He was raised in Fitchburg and attended Fitchburg schools.  In April of 1964 , Andy enlisted in the U.S. Navy and served in the Vietnam War. He was honorably discharged in 1970 from the Navy Reserves. In 1973, he married the love of his life, Cheryl L. (Morin). Andy went on to work in the construction Industry as a Hoisting Engineer for I.U.O.E Local 4 until his retirement.

Andy was a member of the American Legion Post 142 in Ashburnham. He enjoyed spending quality time with his family. He had a heart of gold, and was a very selfless person, always thinking of everyone else before himself. He was the best Husband, Father, and Grandfather anyone could have hoped for and he will be greatly missed by those who knew him.

He is survived by his wife of 48 years Cheryl L. (Morin) Anderson of Ashburnham, MA, his son Stephen M. Anderson and his wife Kelley, Grandchildren Ava Lynn and Stephen M. Anderson Jr. of Ashburnham, MA, Jordan T., Alexander, and Austin J. Anderson of San Antonio, TX, Step-grandchildren Mikayla and Alannah Rueda, of Worcester, MA and Nicholas Letarte of Phillipston, MA, his sisters Patricia Lavoie, and Jean Krehmeier of Springfield, MO and Susan and her husband Richard Beck of Kimberling City, MO, sister-in-law Linda Morin of Lunenburg, MA, many nieces and nephews and great-nieces and nephews throughout the country.

A funeral service with visitation will be held on a date to be announced. Burial with Navy Military Honors for Andy will follow in St. Bernard Cemetery, Fitchburg, MA . The Lavery Chartrand  Alario Funeral Home 99 Summer St. Fitchburg is directing. Michael S. Alario  - Director – Owner.